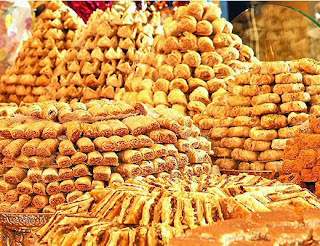 But my neighborhood has not gone downmarket. On the contrary, opening day revealed that we've actually gone up-market, with downtown Montréal's first Marché Adonis - an outlet of the Mediterranean-Lebanese grocery chain popular in suburbia. And it's brought a retail revolution.

While far from a socialist no-have economy, I always found grocery shopping in Montréal a bit lacking. Compared to Switzerland, were every neighborhood Migros comes with ceramic tiles, halogen spotlights and an organic sushi bar, stores in Québec were frequently dim and run-down, with long waits at the cash and frequent interruptions in their supply chains, leading to products running out (I cannot remember a basic item such as yogurt not being in stock at Migros, ever). Seasonality is largely an unknown concept, and selling everything pre-packed is the default. Despite all of this, grocery stores are not really cheaper than their Swiss counterparts, at least for the recurring items on my shopping list.

The industrious owners of Adonis changed all of this. Their store, which has quickly won the majority of my food spend while saving me a ton, welcomes customers with a mouth-watering deli counter, from which tantalizing scents waft through the adjacent bistro area. Shoppers continue past a large selection of fresh fruit and veggies, including mediterranean favorites (fresh sage, prunes, even chestnuts) and middle-eastern treasures. Beyond the healthy stuff, the olives, nuts and dates counter awaits, with a mustachioed trader waiting to dish out samples like in a Turkish bazar.

Stuffed like a vine leaf, you make your way past a very respectable selection of local and imported cheeses to the meat department. There, red labels marking products as "halal" or "pork" speak to both the store's target demographic, and its owners' open minds. Taking a cue from them, I've started combining Adonis' merguez with Helvetic rösti, and the multicultural receipe works well.

No meal is complete, of course, without deserts. And this is where the new store's proximity becomes a curse, for the ladies behind the bakery counter seem to peddle an endless and ever-changing selection of baklava, which the sweet tooth in yours truly simply cannot get enough of. 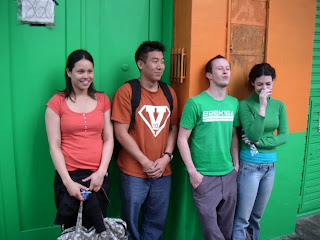