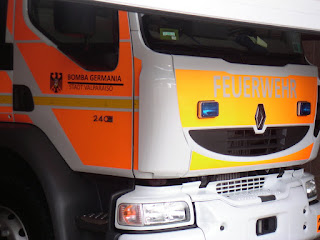 I was not, confirmed my colleague when I reached the bar. I had merely witnessed another rescue mission of Santiago's own Deutsche Feuerwehrkompanie, It was just another example of the skills, sense of duty and cultural heritage the countless Germanic immigrants had brought to Chile. After all, as we talked, we extinguished our thirst drinking Kunstmann cerveza, which is brewed in the southern Lakes District.
According to Condor, the German language weekly, this region with its vales and dales and trails closely resembles Bavaria. That was enough to make me plan my excursions to any other place.