So in my last post I wrote about how to stay warm in Canadian winter. And as if to put my advice to the test, the temperatures kept dropping and reached a rather chilly -32C on Monday morning. If, like me, you find it hard to comprehend just how cold that is, and, unlike me, do not have to find out by walking to the bus stop, here's another way to get the sensation:

This über-cool Montréalais, on a balcony just like mine, this Monday, decided to turn boiling water into wine ice - instantly. 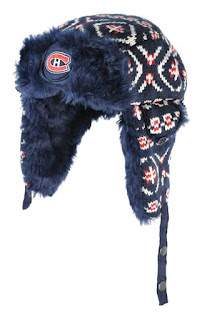 Fashion stops at freezing point. Or so it appears these days, with Montréal presenting itself in its winterly cover of snow, sleet and slush. Waking up to a clear and sunny winter's day this morning, a glance at the outside thermometer indicated a balmy temperature of -19C, which served as a strong incentive to bring out that thick down jacket, the thermal underwear and ski gloves. Once properly mummified, I stepped outside and immediately felt the cold arctic breeze in my face. The wind chill factor made the temperature feel like a cozy -27C, according to MetéoMédia.

These conditions are not unusual, and the locals have learned to live with them. They have also come up with some very sophisticated gear to cope with the cold, including brands such as Bula, Kanuk, Arc'teryx and Canada Goose (a parka of which is now worn around a certain Swiss mountain resort...). The winter equipment produced by those specialists is excellent, but it does make you look a bit like Michelin Man.

But by common consensus, even the fashion-conscious Montréalais are ready to abandon good looks in favor of staying warm during the winter months. People routinely arrive at work with heavy winter boots before changing into moccasin house shoes, and I can even get away with wearning pants that have slush stains up their lower back - the unmistakable proof that I have braved the cold and walked to the métro.

If there is one thing, though, that makes Canadian winter dress unmistakable, it has got to be the tuque. Its very name is a compromise between French and English (no separatism with cold ears), and its fur-clad interior protects Canucks from snow, while its extendable ear and forehead flaps keep the entire face warm. NZZ Folio may claim that Finnish and Soviet soldiers first came up with the idea, but surely must have been the Canadians who have civilized and immortalized the item. Practical, unpretentious and warm, it perfectly resonates with their national identity - and climate!

High time, then, that I'll go under cover, for I intend to spend large parts of next weekend out in the cold. And while I am looking for a tuque, you can look for how many different types of headgear you'll find in this little clip of a typical Canadian winter activity. Stay warm! 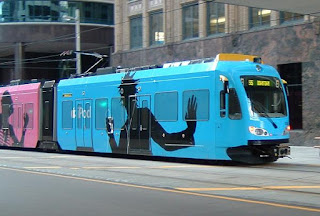 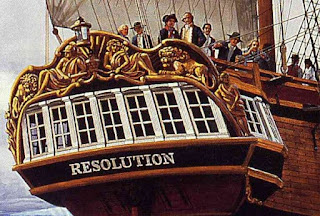 I will not eat less. I will not go to the gym more often. And I will not stop smoking. (Ah, wait, I never smoked to begin with.) All these typical New Year's resolutions rarely ever lead to a sustained change in behavior, although I am convinced that the university gym I swim at will be busy for the first few weeks of the year.

However, as I crossed the Atlantic yesterday on my way to a new year in Montréal, it occured to me that I should nonetheless set myself some objectives for the time to come. With the initial challenge and excitement of a move overseas slowly giving way to a Canadian routine, a bit of fresh stimulus can't hurt, right?

So what should it be? Sipping tea and glancing at the clouds, a few things came to mind. Resolution #1, "soft-launched" over the last few weeks but stated policy as of 2011, is that I will insist on speaking French in groups where no native Anglophone is present. This is not only in compliance with Québec's strict language laws, but should also prepare me linguistically for resolution #2: To attend a business training course at HEC Montréal in French.

But worry not, mes chers lecteurs, this little enRoute journal will not switch language just yet. Resolution #3 merely states that I shall continue to blog in regular intervals (note the nicely vague wording on this). The author can probably be encouraged to keep this resolution by his esteemed readership's frequent use of the comment function.

If there is any spare time left, it should be spent in accordance with resolution #4, which stipulates that I am to try one of the two winter sports appropriate for the local terrain, i.e. snowshoeing or cross country skiing. And before you ask, I did consider curling but I think my nerves would not stand the sheer excitement and thrill of it...

Finally, there obviously needs to be a resolution related to travel. With trips to several continents already booked, it's the closer-to-home things that will be a challenge. But under resolution #5, I shall endeavour to visit at least one Canadian province I've never been to. Except of course if Québec becomes independent in 2011, in which case I'd visit a new country without moving at all.

Knowing the humble and introvert nature of yours truly, you will already be expecting me to brag about the achievements as they come. And should you notice a strange silence about any of the resolutions... well, then that's one for the eat, gym, smoke contingent!