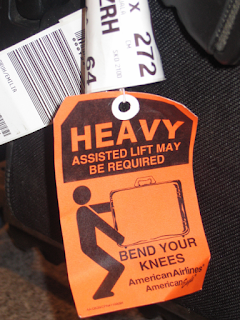 "Ich hab' noch einen Koffer in Berlin", I still have a suitcase in Berlin, is the title of a famous German song. If only it were so easy. As I type this, my belongings are spread over three countries, on three continents, and I plan to visit each of them over the next three weeks.

The logistics of temporarily moving to one place, while maintaining primary residence in another and a pied-à-terre in a third are pretty daunting. First of all, which suitcase should go where? (Thanks to the TSA's silly rules, only the two of my bags are approved for travel through the US to Chile.) Then, what to fill the bags with? How many shirts go in each bag? Where will I require more formal, where more casual dress? How many pairs of underwear per country? Does this left sock in Canada match this right one in Switzerland? Which shoes will I need where? What type of adapter will which gadget need to work in each country? When, and where, will I have an opportunity to wash stuff? Who deserves which gift, from where, in what place? And, crucially, how can I make sure that my personal supply of chocolate is never interrupted?

Fortunately, Chile is heading into winter while the other two places are gearing up for summer, so that at least there is no competition for the tuque and winter coat right now. But then again, maybe I'll take a side trip to a Chilean beach resort in the north, or even Easter Island? So perhaps bring shorts and sandals after all? Or should I join my boss and go skiing in the Andes? Nah, those ski pants just don't fit in.

Any way I spin it, I'll be schlepping a lot of luggage to and fro over the next few weeks. Inevitably, I'll be having too much of some stuff, while sorely missing other items. I'll be trying to keep track of what I put where. And I'll be surprised to find things in the country I least expect it to be in. Of course, all of this is assuming that my baggage follows wherever I go. Should some airline, somewhere along the way, decide to send my bags on a different trajectory from their organizationally challenged owner, the logistical fun will reach entirely new heights. So maybe better stuff a few essentials into the carry-on trolley. Oh, but wait - which one? Aaargh! 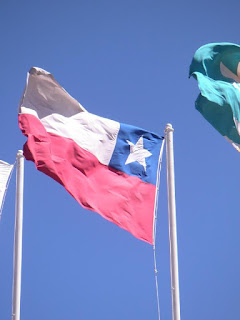 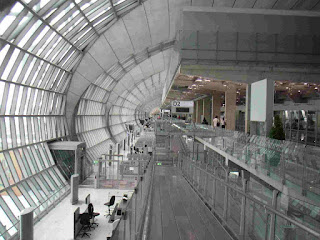