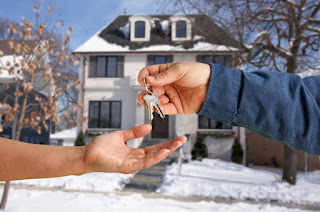 "My home is my castle", the saying goes. Except last weekend, it wasn't. Instead, it was the castle of my friends from Vermont.

Or perhaps paddock would be more appropriate, for they went on a the crusade to Montréal for this year's Formula 1 Grand Prix. This is the weekend when the city fills with all sorts of suburban petrolheads parading their souped-up Honda Civics down Crescent Street, revving the engines of their polished Dodge Chargers, and ogling the girls in short skirts and high heels promoting some tire brand. And as if this wasn't enough, there is the constant roar of race cars going around the ever-same 4.4km of island race track.

The allure of all of which has always passed me by, whereas my friends have travelled as far as Belgium to attend a Formula One race. It was only a year ago that it finally dawned upon us that we were looking at a perfect win-win situation here: One clan keen to get close to the action without paying extortionate hotel rates, and the other eager to leave the city for peace and nature.

We agreed to switch houses faster than a pit crew switches tires.

We had both been to each other's homes multiple times, but never without the hosts being present. It felt a bit awkward to leave my own place shortly after my guests had arrived, and even more so letting ourselves into their house south of the border a little while later.

But after a brief phase of getting used to the notion of - very temporarily - living in the Green Mountain State, it turned into a nice change of scene. Not only did we enjoy the outdoors on hikes and while indulging in Vermont's finest, we also took advantage of some of the amenities which are clearly lacking from my castle: A patio, a large kitchen, a fridge with an ice machine... and a gigantic TV with more cable channels than there are days in a year. No, this was not some medieval dump!

This clearly wasn't my castle, but we started feeling at home before we knew it. Being hospitable without even being around, our friends had stocked the pantry and the liquor shelf with equal generosity. But before we able to fully avail ourselves of the hoard, time had come to go back whence we came.

Upon our return to Montréal, the din of the engines had died down, and my friends had packed their bags for the ride back south (by hybrid car, not Mustang). From their comments in my guest book, and the empties in my recycling bin, I gather that they, too, must have enjoyed their stay.

And so, just like the cars on a race track, the house swap will likely come around again soon. For I quite enjoyed being the lord of the castle, even when it wasn't my home.