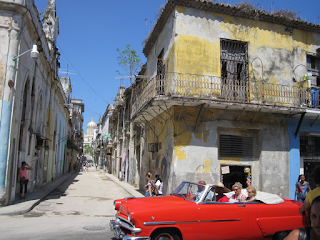 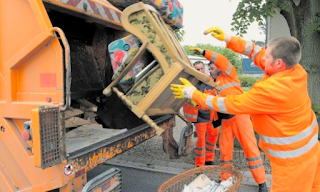 The last time around, I drove to the incinerator, backed up my car against the unloading bay, and tossed my stuff down the chute. It landed on a massive pile of junk with a satisfying bang.

This was seven years ago, and I was getting ready to move overseas, bringing along some of my belongings. But not all.

Since then, I have lived comfortably in the same apartment. Silently but inevitably, it has filled with the assorted surplus of life, ducked away in drawers, stashed in sheds and crammed into closets. Out of sight, out of mind.

Not anymore. The stuff is back on my mind, crystalized by the rapidly approaching date for my next relocation. While this move will be covering a distance of no more than two kilometers, it nonetheless means that an entire household needs to be taken out of my current flat. And not all of it should go into the next one.

These days, I pace up and down the hallway, thinking what else I could get rid of. So far, old electronics have been recycled. Dozens of airline amenity kits have been given to charity. Cardboard boxes from the last move - transformed by squirrels into a drey during 7 years in the shed - have been disposed of (the infant rodents escaped). Toiletry and cleaning products are being used up while chocolate and wine reserves face rapid depletion. Who says moving is necessarily unpleasant?

More and meatier items remain to be liquidated. I am investigating virtual garage sale and classified sites to list some of the Ikea furniture once assembled with trademark aptitude. Soon, some towels will be used and then donated, rather than washed and dried again. And with at least one more trip coming up before the move, I will be carefully packing my bag with clothing that can stay behind at destination.

There, on a tropical communist island, it will probably find a happy new owner. But its former owner will be just as happy, for I increasingly find pleasure and satisfaction in getting rid of seven years worth of jetsam.

Whether it is due to a remnant of Japanese minimalist esthetic or an echo of the Christian diktat that it is more blessed to give than to receive, I rejoice every time I carry another load down the stairs. Less really is more.