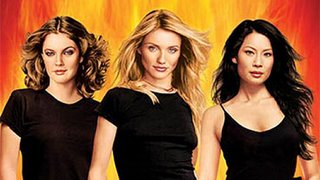 Or so a clochard by the wayside apparently called my three visitors this week, as the girls roamed the streets of Montréal, positively bristling with girl power. Little wonder that their batteries were fully charged, given that they had just spent three weeks touring the Canadian West, from Vancouver through the Rockies all the way to Calgary. I got to see some of the pictures they took, and wow! The landscapes, the wildlife, the activities, it all looked stunning, and reconfirmed my notion of having to tour this unknown part of Canada soon.

But now they were in Montréal, and I was of course going to showcase the sophistication and joie de vivre of this city, contrasting those rednecks out in the West. ;-) First of all though, I had to shift into overdrive on Monday and Tuesday night, and finally assemble the very last piece of furniture that still sat in my livingroom in an all too familiar IKEA box. The instructions for the sofabed had this little symbol "heavy, work in pairs" on the first page, and I naturally ignored it - to the detriment of my back, as the thing turned out to be rather bulky in its assembled state. But once finished, laying back on it and contemplating the fact that my place was now finally done felt reinvigorating.

When my dear friend from university and her two travel companions stopped by for apéro the next day, "Charlie's Angels" became the first of a hopefully long list of guests. There are still many pages left in my guestbook, and the accommodations are ready. Good morning, Angels!