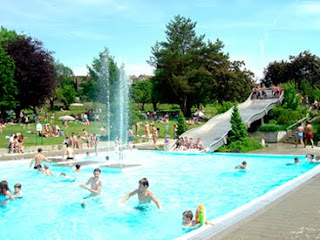 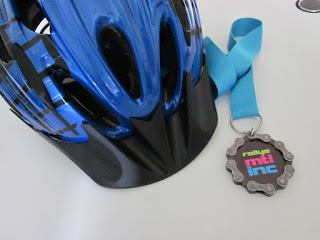 It was an assault in broad daylight - and by two colleagues from our brand marketing department, no less. "We're sure you are a cyclist", they cornered me as I entered the cafeteria. Clearly, they were up to no good. So I declined: "Oh no. I only ride my Bixi". Wrong answer. The two were looking for an additional team member in our company's Bixi Ralley squad, and I had just qualified.

In the little village I grew up in, there has long been an annual family event called the Velorally. One fine day in May, friends and families get together in small teams, saddle their bikes and embark on a circuit course through the area's vales and dales. Along the way, they must stop at various posts, where fun and quirky challenges have to be tackled. The team earning the most points in these challenges, regardless of how fast they were on the circuit, is eventually proclaimed the winner, once the entire village has gathered in the schoolyard with grilled sausages and beer. The Velorally was a highlight in the town's calendar, and one of the few times yours truly joyfully got out his bike.

This year, and without any involvement on my part, the very same concept has arrived in Montréal. Appropriately corporatized, it now involves company teams raising money for a good cause. And because city dwellers cannot be expected to own their own bikes, the Rallye Montréal Inc. uses the ubiquitous Bixi bikes. For my employer, this was a welcome opportunity to raise brand awareness in our home town, and so five of us gathered one sunny afternoon in the old port. Sporting bright purple jerseys, emblazoned with our logo, we were ready to defend the company's renown.

My team mates were all serious cyclists, and their legs had visibly pedaled a lot further than mine ever will. I, however, was the only one who had been on a Bixi before, and mastery of the 20kg, three-speed, urban-proof contraption turned out to be instrumental in navigating the city's bike paths, potholes and motorized traffic along our 20km circuit. In the various challenges, from playing Twister to memorizing trivia off toilet paper rolls, each of us found opportunities to excel (and otherwise) - it felt like I was right back in our little village race. In the end, as we all gathered back in the schoolyard planetarium, there were even snacks and beer.

Once again, the Velorally made for a merry day in May. And as for our corporate reputation - well, let's just say there is now a new metric for 2013 performance improvement.