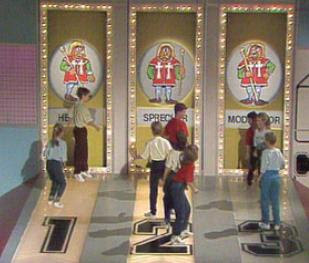 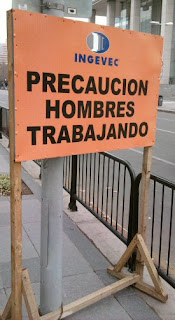 "You never get a second chance to make a first impression", as popular wisdom has it. In the case of the Chilean capital, it had its chance with me some five years ago, when I first visited after several weeks of language immersion in sanguine and exuberant Buenos Aires. Compared to that, Santiago felt as orderly, wealthy and functional as many European cities would. I wondered why I had bothered to come at all.

Now I'm back in town, and this time for a much longer time, and with a very different aim. Instead of sun, fun and nothing to do, I came to Chile with a mandate to work. And as I started to move into my tiny studio, realizing that "furnished" does not mean "ready to use", I was thankful for that oraganized and practical environment of Las Condes. This well-heeled Santiago neighborhood, where much of my life will take place, boasts several modern supermarkets which accept my credit card, a metro station, dry cleaners, a mega mall and even a large do-it-yourself store. The latter was particularly useful in creating a wired bypass around some dead outlets in my apartment. And the abundant, no nonsense cabs made bringing back my mini household prettystraight forward. No Porteño-style haggling required, thank you.

Once properly installed, I joined the throngs of people in their morning stride from the subway to the sleek office towers. Watching them, listening to their iPods and sipping Juan Valdez coffee in their charcoal Italian suits, they could have been on their way through the alleys of Manhattan or Frankfurt. Work is a serious affair here, and this translates into some of the world's longest office hours. Not what you'd expect for a Latin country, certainly.

The only people who seem to toil even more than the white collars must be the countless cleaners. Anywhere you look, somebody will be mopping, scrubbing, polishing, or picking leaves from the pavement (yes, it's autumn here). I can safely say that they put the Swiss to shame, seeing how today three different cleaners pushed their carts past my office door. Fortunately, so did one snack vendor, delivering freshly fried sopapillas directly to my desk. It is in the importance of food, and its social significance, that the Latin culture shines through. It was nice to be invited, as a matter of course, to join my new colleagues in their lunch breaks, which involve going out to a proper sit-down restaurant, rather than wolfing down a sandwich at your desk. And the work week usually ends with beers and games in the coffee room.

So while the first impressions may be of Germanic efficiency, time reveals a much more faceted and warm culture. It may seem trivial, but the fact that people hug or shake hands at work when they come and go acknowledges that we all spend more time with our colleagues than with our families. And the joy and curiosity with which the Santiaguinos engage this foreign visitor speaks of their openness. From my building's doorman to the elderly lady in the gym and the clerk in the department store, all are eager to chit chat. And they all seem puzzled by my Castellano's thick German-Argentine-English accent. Together with my name, on whose origin people have already placed bets, it apparently creates an intriguing impression as well. ;-)

All of this, and I haven't even left my neighborhood. But fear not - I firmly intend to go out explore some of this country's 6000km of variety when time allows. Each morning, as I watch the sun rise over the snow-capped cordillera while munching on my pan con manjar, I remind myself that sometimes, it's the second impression that counts.