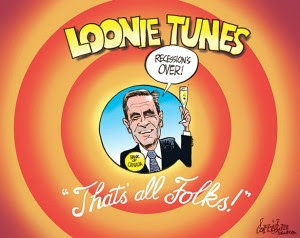 My foreign friends used to mimick envy and suspect something funny going on, but there was nothing I could do about it: Living in Switzerland, I quite naturally did have a Swiss bank account. Yes, it was numbered, just like the ones the villains in James Bond movies own (except that the balance in my accounts never really reached the same lofty heights).

The glamour and secrecy came to and end last year, for one of my first tasks in the New World was to get myself a Canadian bank account. I did a bit of research and consulted some colleages at work before picking one of the five retail banks which neatly split the market between themselves. As I quickly noticed, this brings them very cozy profit margins, obtained chiefly from nickel 'n' dime-ing their retail customers on each and every transaction they make. Being used to an efficient, sophisticated and reasonably competitive banking environment, I was taken aback by the countless fees and charges my banking adviser introduced me to. From making a debit card payment to using other banks' ATMs, or simply receiving an incoming payment, everything costs a loonie or two. Unless you are careful, you can easily spend a lunch's worth on bank charges each month.

Except of course if you do as I did and opt for a premium "all inclusive" package - in which case you vouch to deposit a significant amount of money in an interest-free account. So you just pay your fees through the back door.

And then there are the cheques. Yes, my dear North American readers, they may be as familiar to you as they are to my financial advisor, who was quite surprised when I asked him for a little checking 101 upon opening my account. "But aren't you from Switzerland?" he asked in disbelief. "The home of banks?". Indeed. And like most of Europe, we have done away with this arcane and risky way of transfering funds a long time ago, in favor of electronic means or payment slips. The e-banking capabilities I enjoyed in Europe for the past ten years are vastly superior and more flexible than what's in the Canadian market today. But hey, I get to choose my favorite cheque design!

Personal service, in general, is a much larger part of the experience here than it was in Switzerland, where bank branches have the polished, but formal and sterile ambiance you'd expect from a confession booth. Not in Canada. Here, my financial advisor is on a first name basis and greets me with the all-Canadian "How's it going, eh?". Branches are designed not in polished wood and bullet-proof glass, but wide open and with cheap cubicle furniture. Clients seem not to mind baring their financial situation within earshot of everybody else. And on the way out, they can help themselves to complimentary coffee and cookies if it's Customer Appreciation Day again.

Yes, retail banking in Canada is a mundane affair - cozy but ultimately boring. It took some time getting used to it, but I can't say I dislike it. And while reading the Economist on a plane today, I came across an article lauding the boring but reliable nature of Canada's banking landscape. As it stands, it saved the country from the financial troubles its southern neighbor has been going through over the last 18 months. Let me leave you with the magazine's words of wisdom:

The charms of Canada
From the Economist print edition

Good policies, good behaviour and good fortune: if only others could be as lucky
As they contemplate high unemployment, foreclosed homes, shrivelled house prices and the arrogant follies of their investment bankers, Americans may cast envious glances across their northern border. Despite its umbilical links with America, Canada’s economy suffered only a mild recession and is now well into a solid recovery. The Canadian dollar, having dipped sharply,is back up to rough parity with the greenback. The Bank of Canada has signalled that it may soon raise interest rates. When Stephen Harper, the prime minister, hosts the get-togethers of the G8 and G20 countries next month he will be able to boast to his visitors that his country’s economy is set to perform better than that of any other rich country this year.

How has Canada avoided the plagues that are afflicting everyone else? The short answer is a mixture of good policies and good luck (see article). The main reason for the country’s economic resilience is that neither its financial system nor its housing market magnified the recession. The banks remained in profit. House prices held up fairly well and are now rising. And for that regulators deserve a chunk of the credit.

Canada’s banks face high capital requirements and a cap on their leverage, such that their assets cannot exceed 20 times their capital (a lot less than the corresponding figure for many Wall Street firms and European banks). Canadians who take out mortgages worth more than 80% of the value of the property must also take out insurance against default from a federal agency, the Canada Mortgage and Housing Corporation. The banks must insure the rest of their mortgage book with the corporation. It helped, too, that Canada has a single banking regulator. The big five banks snapped up the leading stockbroking firms in the 1990s, becoming universal banks. But, whether through luck or judgment, they never became too dependent on investment banking. And, mirabile dictu, their shareholders managed to ensure that bankers’ bonuses were kept within modest bounds.

Many of these rules embody lessons learned the hard way from banking collapses in the mid-1980s. Something similar goes for the public finances. By 1995 Canada’s chronic fiscal deficits, towering public debt and stagnant economy prompted the Wall Street Journal to call it “an honorary member of the Third World”. Years of deficit cutting followed. The result was that Mr Harper’s government could easily afford the modest stimulus it applied in 2008. Government debt in Canada is still below 36% of GDP (and will soon fall), little more than half the (rising) ratio in the United States.

But there is also a large dollop of good fortune behind Canada’s resilience. If parts of eastern Canada resemble Europe in economic terms, the west looks more like Brazil. Its mines, oil and gas producers and farmers have benefited from the commodity boom brought about by China’s appetite for raw materials. This boom brings a problem: it is helping to drive up the Canadian dollar, which risks making life more difficult for manufacturers back east. And Canada’s fiscal health will soon come under strain from the treasured but expensive public health-care system and an ageing population. There is little sign that the country’s politicians are ready to deal with either.

The costs and benefits of conservative banking
How much of the Canadian model can, or should, be exported? Critics of the Canadian banks reckon that their conservatism was the flip side of a cosy oligopoly. The big five were barred from merging and partly protected from foreign interlopers. They shared out a profitable domestic market and gave up competing on price. And keeping tabs on the banks is much easier when all are relatively small by international standards and are based within a few hundred yards of each other and of regulators in Toronto.

The result is that Canadians pay more for financial services than others and there is little innovation. Even so, as taxpayers elsewhere dig deep to pay for their bankers’ wheezes they might think that Canadians got a bargain. Replicating Canadian banking elsewhere would be hard. But when Americans and Europeans press Mr Harper at the G20 meeting to accept a tax on banks to curb their riskiness, he has reason to retort that Canadian-style regulation does the job better.