Today, the moment to say goodbye to Chile, and to return to the frosty climates up north, has at last arrived. Sitting here at the airport, waiting for my flight to depart, I am in two minds. Sad to leave a place where I have been very warmly welcomed and which I would enjoy exploring more, but at the same time happy to return to the place I've worked hard to make my home.

So, pending a more distanced look back on the last few months, I'll leave you with two videos encapsulating my current state of mind: 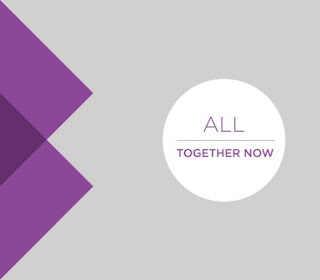 Who am I? Where do I belong? What is the purpose of this all? These and other fundamental questions have preoccupied mankind since time immemorial. Philosophers, occultists, theologians and psychiatrists have all been trying to provide answers, with various degrees of success over the centuries. But in today's consumerist society, the lumninaries have lost a lot of their eminence. These days, when people look for guidance, they turn to a brand.

The brands of this world are well aware of this role bestowed upon them, and reach into the toolkit of yesteryear to deliver meaning. When my employer executed its global rebranding last week, it was hard to miss similarities with a religous cult. For months, anticipation and excitement had been built up with various cues, messages, and even a "brand roll-down" session, during which we were educated on the corporation's positioning, the core values we stand for and of course the bold vision our new marquee was going to proclaim - all without actually revealing the name itself. It reminded me of psycho-tease kids suffer with an Advent calendar: Continuous small jolts of excitement building up to a big date, by which the little rascals are inevitably so wound up that they just have to enjoy it.

Much to my chagrin, the build-up period even included collective tinkering with perforated "brand value cards" in a challenge to come up with the most creative structures. Anyone who has ever received one of my primary school arts-and-crafts Christmas gifts can appreciate my talent.

When the big day finally came, the mood in the congregation of workers was positively festive. The office walls were decorated with colorful prints, just short of ornaments. We were treated to a lavish breakfast and the promise of spa treatments after, before being corralled into the boardroom to watch a live webcast. A televised countdown and atmospheric tunes left no doubt: Something big was going to happen soon!

And then our CEO appeared, in Apple-esque fashion, on a stage in front of a big video screen, and started preaching to his flock near and far. How we had grown, how global we had become, how this new name was going to unite us all, give us a purpose and make us the recognized leader in our field. The stars would align, our time had come, and we were all together now. It all sounded so good, so sensible, so palpable, that we hardly noticed that the new brand, when it was finally revealed, was an artificial word, a palindrome that means nothing at all. Amen. 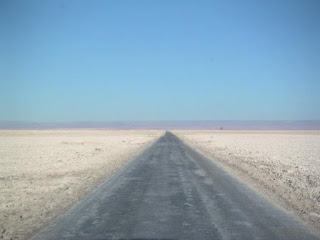