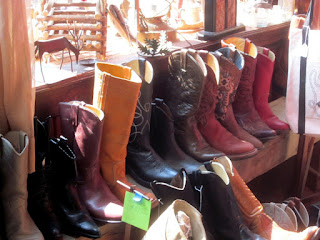 The Swiss have, as Paul Bilton puts it in his tongue-in-cheek Xenophobe's guide to the Swiss, a long-standing love affair with America:

This is because the USA is everything that Switzerland is not. (...) The Swiss imagine Americans to be freewheeling extrovert cowboys roaming unhindered over immense tracts of unspoilt land, whilst they labor under a strict bureaucratic system and social codes that place heavy burdens of responsibility on every citizen's shoulders. The wildest thing that a Swiss can do is buying an American car, and it is surprising how many do.

It does not stop there. Donning their cowboy hats, a good number of Swiss stick the Confederate flag to the rear-view mirror and drive their custom-imported Corvettes to the shooting range on the outskirts of Zurich for the annual Albisgüetli Country Festival. They dream of riding a chopper down Route 66. It always felt rather silly to me.

But not in Bozeman, Montana. On a recent visit to friends in the Big Sky state, I was treated to a good dose of the real Wild West. There were the railroad towns with big façades fronting wooden shacks. There were diners in which grey-haired women in checkered shirts sold donuts and watery coffee (50cts each, please). There were abandoned ghost towns, which after the gold rush were simply left to decay and tumbleweeds. There were endless prairies, dotted with cattle and the odd wind-water pump. Under the big, blue Montana sky, that clichéed sensation of freedom came lives on.

Just like the Swiss wannabes, the men here wore cowboy hats and leather boots. And just like the Swiss imagine, they do ride their horses pickup trucks across vast tracts of land, presumably carrying more than just the bow and arrow the pre-season confines them to hunting with. But unlike the gangsters of Lucky Luke lore, the people of the West seemed genuinely friendly and welcoming. From my friends to theirs, and to acquaintances beyond, a sense of down-to-earth hospitality and pride in welcoming a visitor was evident. I was invited to grab another Bud Light from the cooler, help myself to a burger from the BBQ, and enjoy the tailgate before the football game. Simple as that.

The all-to-brief visit culminated in a ride in my friend's vintage biplane. And when we were up there, in the Big Sky over Montana, suddenly there was a tune coming to my mind. Yippeh-eye-eh! 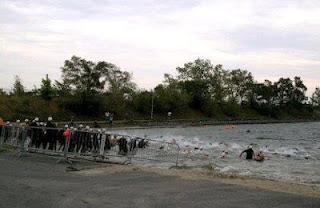 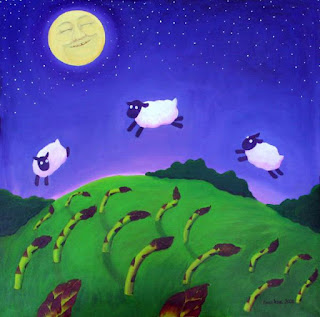