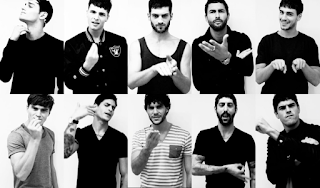 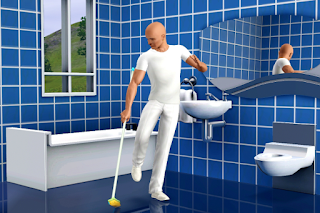 I routinely entrust pilots and taxi drivers around the world with my life. I entrust chefs in Vietnamese soup kitchens and American burger joints with my health. I rely on fresh-faced bank tellers and computer algorithms to manage my savings. I even trust in Montréal engineers as I swim below the Olympic Stadium's leaning tower. So why is it so hard to entrust my dirt to a cleaner?

We had debated the issue for a long time. With a larger demeure than in the past, long work days and frequent travel, we often found ourselves dedicating weekend days to the mop and the broom. It did not feel like a good use of a precious resource - free time, in this case.

The solution was as obvious as it was awkward. Neither of us was accustomed to having a paid professional clean the house. We weren't even comfortable with referring to somebody else doing our chores (The Economist sympathizes), much less interacting with such a person.

Not so our friends, colleagues and relatives, most of which habitually outsource housekeeping and showered us with references. Reluctantly, I started calling them up, beginning with the sous la table operators that seem most common in the city.

The initial responses reinforced our hesitation: These folks seemed disorganized, uninterested, unreliable, inflexible ("there is no guaranteed parking?") and pretty pricey. I quickly learned that this is a seller's market. Add to that my general aversion to black labor, and we decided that this was not the route to go.

With the dust bunnies multiplying in the corners and the parquet floors losing their luster, I pressed on and called the last number on my reference list: A cleaning company. And before I knew it, I had an appointment for a comprehensive appraisal of the work to be done.

Precisely at the agreed time, an immaculately dressed gentleman ran my doorbell, and swiftly proceeded with a walk-through of our house, clipboard in hand, assessing the work and explaining the tools and methods he would use. The entire process concluded with a remarkably reasonable quote, presentation of a corporate insurance certificate and the willingness to issue tax receipts - I was floored.

And those floors soon became squeaky clean again, as our new Mr. Clean and his wife started their bi-weekly visits. The awkwardness remains: I am not quite ready yet to hand over the keys and let them home alone, so I hole up in the study while the house gets a makeover. I try to be polite and friendly, while at the same time being unhelpful. After all, me not doing the work is why they are here. When the moment comes to pay, I fork over the cash with the same guilt-ridden feeling as one would have tipping a rickshaw driver before escaping into a five star hotel.

But then I close the door, hear my feet squeak on the shiny floors, smell the bleachy air in the kitchen, look at the spotless bathroom mirror, and realize: Yes, I can get used to this.