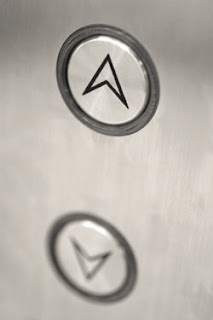 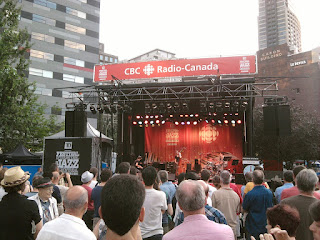 Time flies when you're having fun. And with the long, warm and sunny summer days, plenty of fun has arrived in town. Conscient of the gruelling winter that has only just ended, and will be back again shortly, Canadians have become experts at making the most out of the warmer months, and Montréal in particular prides itself of an action-packed events calendar.

The internationally acclaimed Jazz Festival has just ended its two week run in the pedestrianized downtown Quartier des Spectacles. It was preceeded by the Francofolies, and will be suceeded by Just for Laughs, the Nuits de l'Afrique and Osheaga, all within the next month. Add to this the ethnic culture festivals on the islands, Shakespeare performances in parks, the Québec National Day on June 24th and the provincial house-moving fest on July 1st, and you'll understand why most Montrealers are glad these days are as long as they are.

Attending the festivals is a tradition shared across languages, social spheres or age groups, and something that I sorely missed, along with the rest of summer, during last year's stay in Chile. Even keener than usual, and encouraged by excellent weather, I joined my friends for many of the - mostly gratis - outdoor concerts in the last few days, and rediscovered why this is a such a wonderful city to live in: Just a few minutes on a Bixi from my doorstep, I can surround myself with a peaceful and merry crowd of festival-goers, sitting on the grass and listening to world class musicians entertaining them for free. When a gig ends, you grab a beer or some gaufres from a street-side vendor before strolling over to another stage, catching on to some emerging star, while the sun gently sets.

If, like us today, you've spent the first part of your day on the sandy beaches on Ile Sainte-Hélène, splashing about in the filtered waters of the St-Lawrence river, the evening music is but the cherry on your Montréal staycation.

And if, like me, you've still cheated on Montréal a little bit, to host your own personal festival overseas, then you will have realized that when you're having fun, the inevitable flight of time is but a reason to be celebrate what you've got - and for what lies ahead.