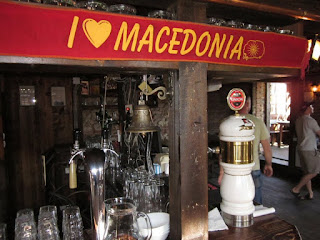 "By the time you leave, you'll easily have 2-3 kilos more!" said our gracious host, as he ordered another round of kebaps to go with the beers. This is only our first day of LEADER teaching in Skopje, but judging by the level of hospitality extended to us so far (and the food served), I have little doubt his predictions will come true. Much like I am sure that the two weeks in Macedonia will be an exciting and insightful time.

I've come to this often overlooked country in the company of three business students, with the goal of teaching Canadian business skills and insights to an audience of aspiring entrepreneurs in an emerging economy. But we've quickly found that the participants in our course, selected by the Macedonian Chambers of Commerce, are not your typical group of young aspirants. Most of them own well-established businesses, or work for local branches of international companies, and have a decent understanding of business fundamentals. So out go the basics, and in comes the advanced curriculum. To provide real value to such an audience, our bunch of 20-somethings (my days under that desirable label are numbered) will have to give it all we've got. Acting more as moderators than as instructors, we will certainly learn a lot ourselves, too.

And not just in the classroom. The generous participant who took us out to late lunch (and pastries, and tea, and to the bazaar etc.) did not fail to stop by his own company HQ, to let us tour the facilities and see with our own eyes how firms are run in his country. With a history that is both long and turbulent, it is not the easiest place to do business. But the Macedonians are visibly proud of their achievements - which obviously extend to the wine cellar and the dining table.

Up on a hill, towering some 800m above Skopje, stands the Millennium Cross, one of the city's top attractions and a great observation spot. It's our destination for tomorrow's Labour Day holiday, and if we don't want our host's prediction to come true too soon, we better don't get there by cable car. 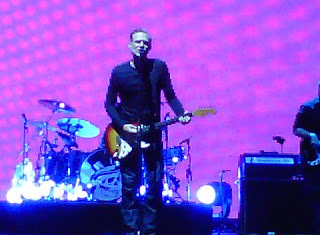 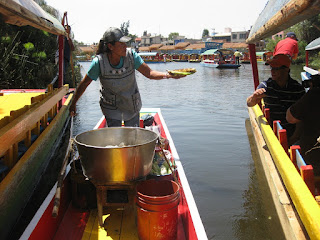 "And they are always eating, too!" My friend accused me of confirmation bias, but I was convinced: Anywhere we went in this town, we saw happy people munching on something. It was a sunny and warm spring weekend, it was semana santa, and it was Mexico City.

We had picked this often-overlooked capital as our destination for a few leisurely days based on its favorable climate, versatile attractions, and of course because it had recently been named the World's greatest food city. Having previously associated Mexican food with greasy burritos and slobbery tacos served at American fast food joints, I was in for an education.

It started with the vocabulary. Recently back from Chile, I had boasted about my Spanish skills, only to find that when it came to reading a restaurant menu here, they were utterly useless. Native language and proprietary names dominated, and my relative lack of familiarity with Mexican food left me pretty clueless. Fortunately, my companion, through previous visits, was able to steer me towards some of the specialities I would otherwise have missed, but was now able to enjoy. What I savored was the vindication of Mexican cuisine, from tangy mole to juicy barbacoa tacos and creamy chiles en nogada. There were more flavors, more textures, and very clearly more freshness than I had experienced before.

Despite their excellent restaurants, however, the chilangos seemed to prefer the abundant street food. As we ambled from colonial churches to Aztec temples, down leafy boulevards and through cozy neighborhoods, to floating gardens and crowded markets, the choice of food sold streetside kept changing. Would we care for fresh mango with picante? Home-made ice cream? Freshly fried beef al pastor? Candied fruit? Or simply a bit of sweet Easter bread? If we'd emulated the locals, we'd have had it all.

Even as we fled into the subway after a long day of sightseeing and browsing, the opulence continued: At each station, a new vendor boarded our train to tout his wares, be it chicles, candy or religious tracts, the latter nourishing more on a spiritual level. Clearly, Mexico City is a foodie's place of pilgrimage. And if this were not yet enough to make me want to return, there is one ancient Aztec delicacy that I will forever be a slave to: Xocolatl.